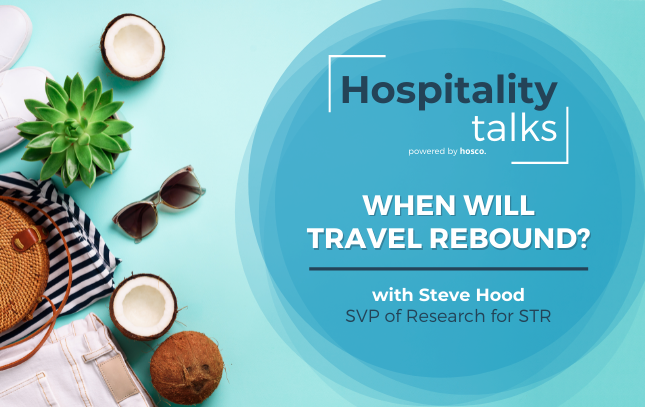 The results for Q1 are in, and hospitality business owners, professionals and students may be surprised to learn that much of the industry is already progressing! On April 28th, we hosted another Hospitality Talks webinar with STR’s Senior Vice President of Research, Steve Hood. This article shares data on the hotel industry’s performance during Q1, along with a forecast for the rest of 2021. Watch the webinar replay to hear Steve’s insights, or read the summary below for key information.

We start with an overview of the hotel industry’s performance in Q1 2021 at a global level. Next, we describe how occupancy, the revenue per available room (RevPAR) and the average daily rate (ADR) have fared per country and region, followed by the best-performing cities in Q1. We also illustrate the factors that are driving recovery and signalling hope. Lastly, we estimate which type of demand will pick up and predict when the travel industry will rebound.

For up-to-date hospitality insights, be sure to check April’s Hospitality Pulse here.

The hotel industry’s performance has been mixed, and it appears to be recovering gradually based on the 2021 first-quarter results. North America, the Middle East and Australia & Oceania have improved during this time.

Latin America and Northern Africa have also done slightly better as compared to 2020. Some regions like Europe, South Asia, and Southern Africa have seen a dip in performance due to extensive lockdowns and new variants of the virus. Big European cities have seen low performance in general, especially London, Berlin, Paris and Rome. Sao Paolo, Buenos Aires, Mexico City and Marrakech also saw their performance plunge. 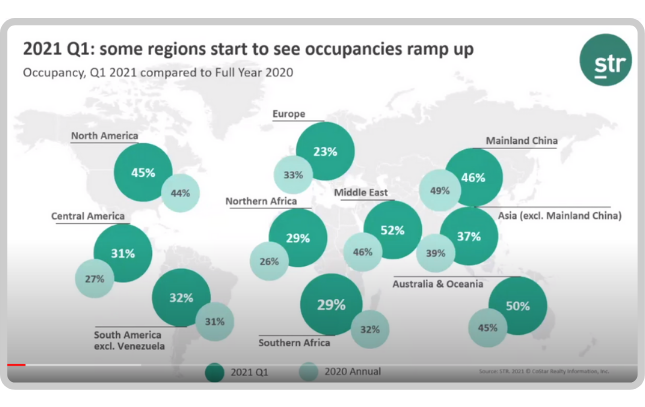 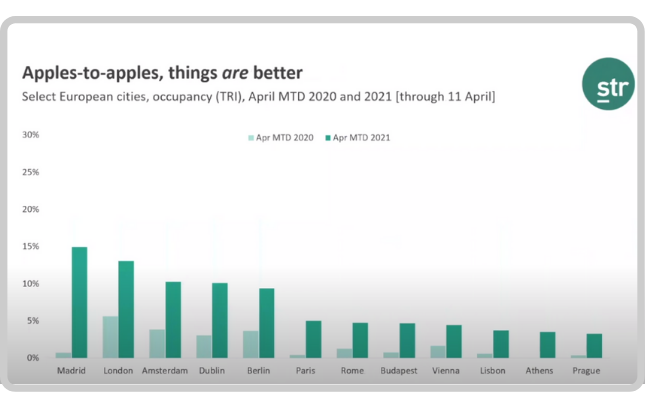 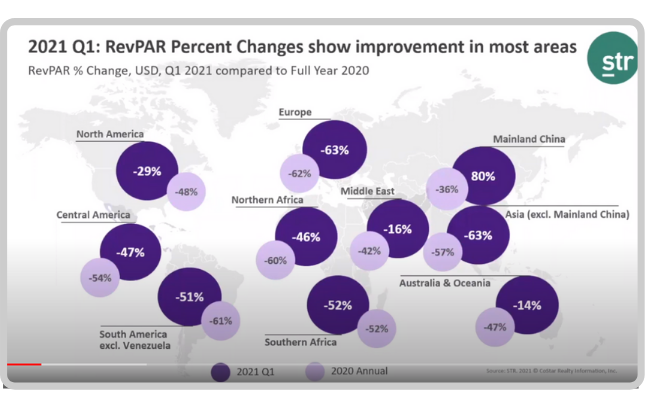 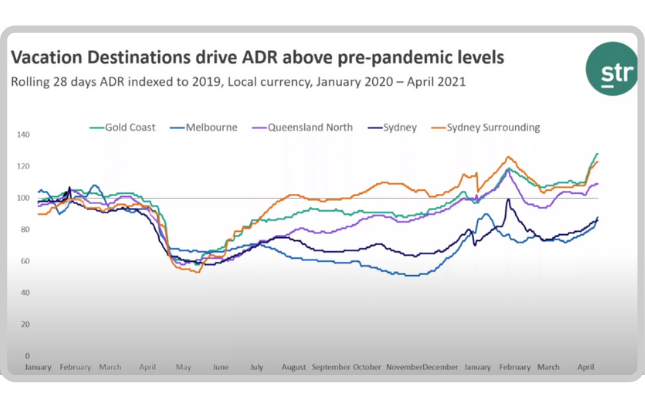 The real growth has spurred from Miami, Moscow, Shanghai, Auckland, Singapore, and Dubai in Q1 2021. Delhi and Mumbai were also doing well until the second wave hit India in Mid-April. Cities like Madrid, Vancouver, Toronto, Istanbul, Beijing, Sydney, Tokyo and Hong Kong have fared decently. North American cities such as New York, Washington DC, Los Angeles and Chicago are not far behind.

Luxury hotels and resorts in the Maldives, Sanya and mainland China have done exceptionally well during Q1. In the gold coast and Sydney, travel has surged even though ADR hasn’t dropped.

Factors that Illustrate Hope and Can Further Influence Travel Recovery 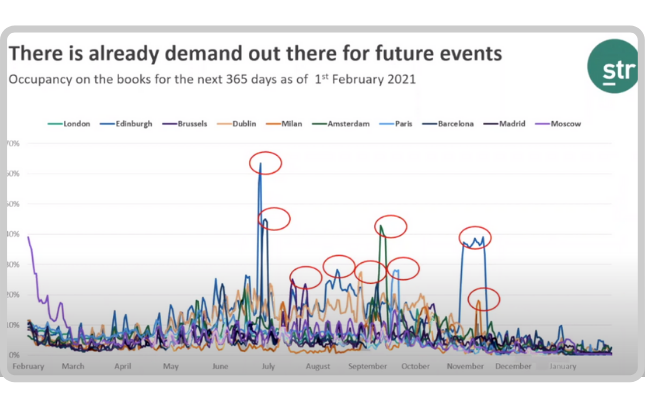 Demand will pick up globally this year, but it will differ by region. The pent-up demand for leisure travel will cause a surge, followed by the demand for domestic tourism. Demand for international travel, events and business will be the last to recover.

The highest growth in demand will be seen in Dubai and Beijing, followed by London and Bangkok. The Netherlands and Switzerland already see higher growth than France, Italy and Belgium. Hospitality businesses that hire through Hosco aspire to reactivate hiring by the end of June 2021.

When Will Travel Rebound?

The good news is that travel is set to pick up from Q2 2021 onwards, with the onset of summer reservations being a great help. This rebound is already visible from the April 2021 numbers, which indicate increased bookings for global events until 2022.

The recovery of the travel sector will be mostly dependent on the ongoing success of mass vaccinations in Europe and the US. These effects will also be notable for travel between the western and the eastern hemisphere and will allow for a return to pre-COVID-19 levels by Q4 2022. 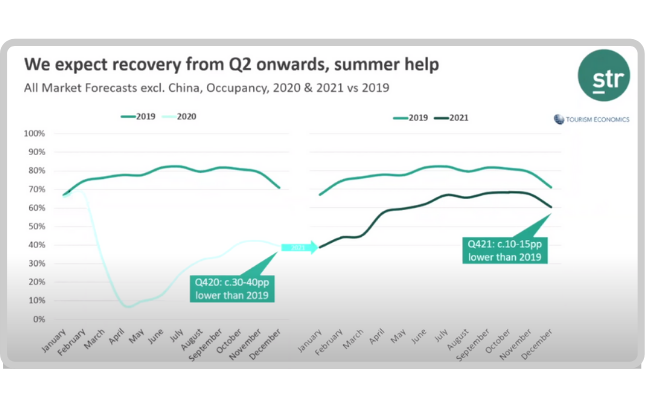 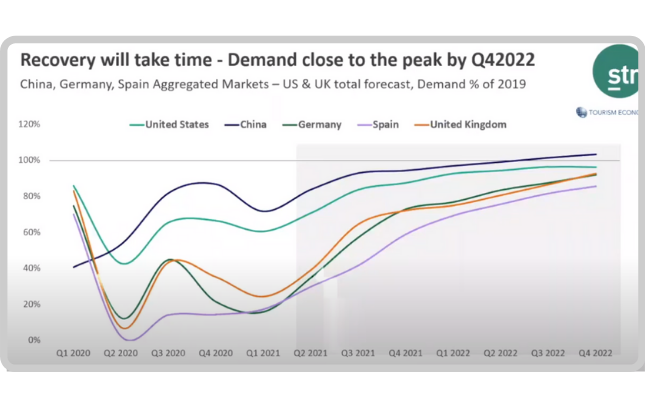 [3] A look at the startup airlines entering the market in 2021 (February 2021 - Futuretravelexperience.com)

Join Our Next Hospitality Talks

Hospitality Talks is one of the many initiatives Hosco has put into place to support all industry stakeholders since the global health crisis started in March 2020. Our series of webinars unite industry experts so they can share their best practices, insights, and opinions about the future of hospitality. Want to watch our next Hospitality Talks webinar live? 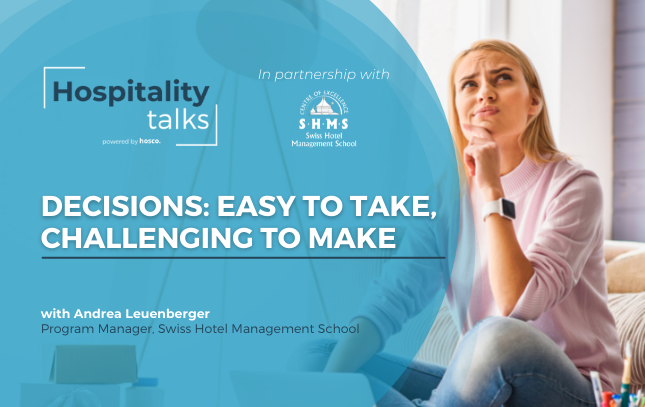 Decision-Making: Improve your process with our 6 simple steps 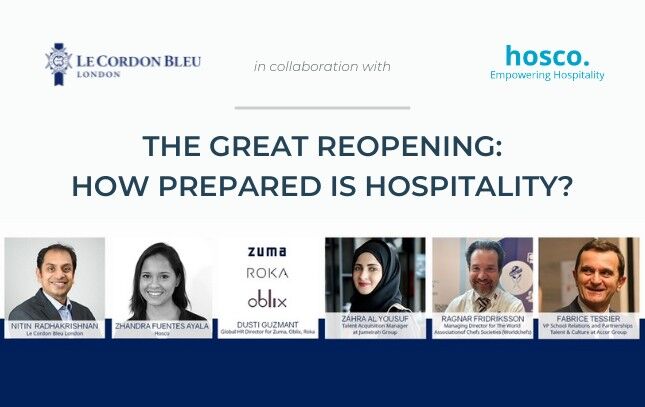 The Great Reopening: How Prepared is Hospitality? 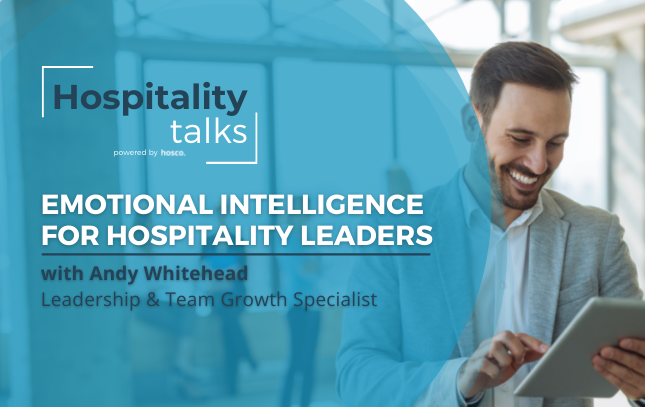 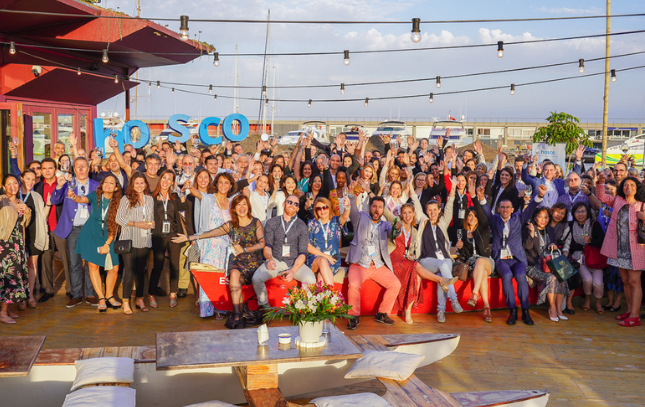 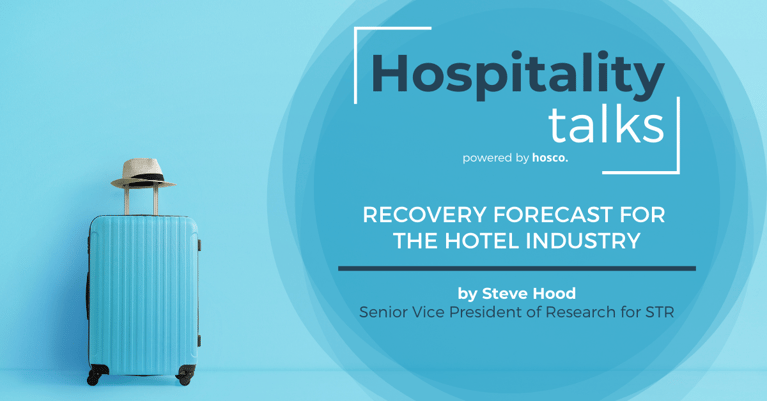 What is the Recovery Forecast for the Hotel Industry? 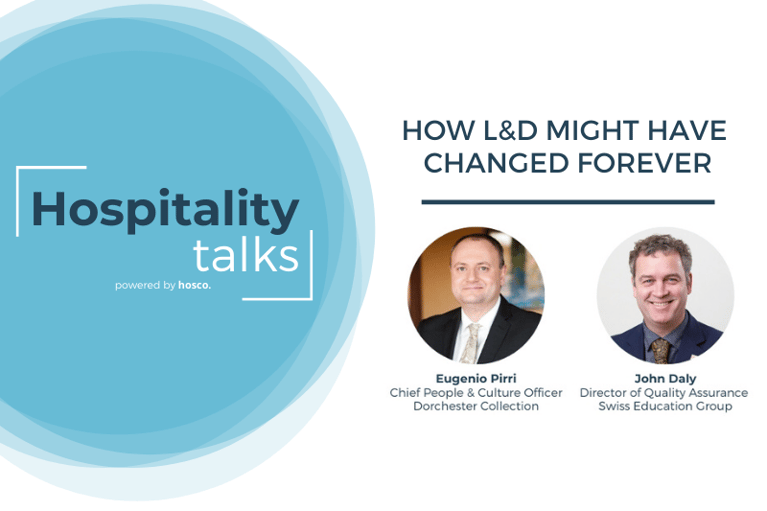 Why Is Learning & Development So Important?